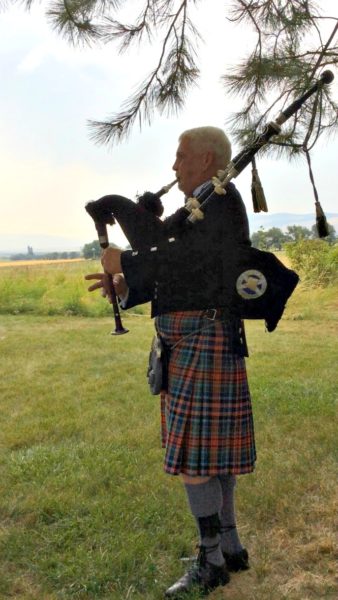 Chuck Burgin has been piping and teaching since 1971. Starting out in a new high school Pipe Band in California he was quickly awarded Distinction in Teaching at the 1973 College of Piping Summer School by the legendary Seumas MacNeill, and winning the 1974 College of Piping Scholarship. In 1975 Chuck attended the College of Piping in Glasgow, Scotland to be taught by Masters such as Duncan Johnstone and John D Burgess. Chuck achieved the grade of Professional in solo competition in 1980. 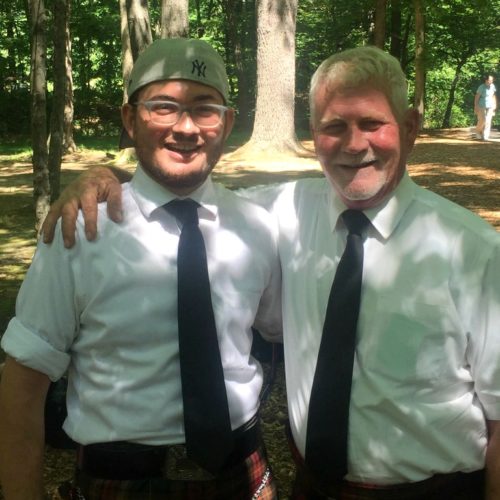 He continues to instruct students who are regular winners on the solo circuit and play in bands nationwide. Chuck has played with such bands as: Glasgow Skye Association in Scotland, Caledonian, Beach Cities, LA Scots, Seven Pipers Society, Mesa Caledonian, and finally, the internationally recognized Phoenix Pipe Band. Recently, Chuck was also invited to compete with the Claddagh Mhor Pipe Band from Portland, Maine for their winning performance at the New England Championship at the Loon Mt. Games in New Hampshire. Chuck has a solid background in what it takes to be a winner in solo competition and be a solid band contributor.

Here is what students say about Chuck:

Chuck has a great ear for listening to the music when playing a tune, and is quick to correct a mistake that is played. He focuses on getting his students to be playing perfection in any tune. Whereas other teachers only focus on good enough, he focuses on perfection. After being instructed for a year by Chuck Burgin my playing has increased dramatically. Chuck took me from a mid level Grade 4 level to a Grade 2 piper. Chuck not only instructs and focuses on playing but when choosing competition tunes for his students he decides to pick ones that are better suited to each of his students. Chuck Burgin might be a tough teacher, but he emphasizes on playing well and will make any student better.

Chuck combines a great deal of patience and honesty with a perfectionist’s ear. Whereas many instructors will consider a performance based on its overall merit, Chuck considers a performance of his students based on a collection of individual pieces. When beginning one’s tuition, this pursuit for perfection will serve the student well in their piping career. That is, pursuing immaculate fundamentals. In my case, I began instruction with Chuck after a half-decade without instruction, and at most a decade of playing. His instruction took me from a mid-tier Grade III piper to a more competent and rounded Grade I piper, moreover, the ability to perform in higher caliber pipe bands.

What pipers say about Chuck:

I have known Chuck Burgin since the early 70’s. Even as a high school student he was a keen piper and a diligent teacher. Throughout the past 40 years I have seen Chuck’s students continuously perform at high level, and are always on the prize list at competitions. As a senior panel adjudicator for WUSPBA, whenever I judge one of Chucks students, they are well prepared and play very musically on a quality instrument.